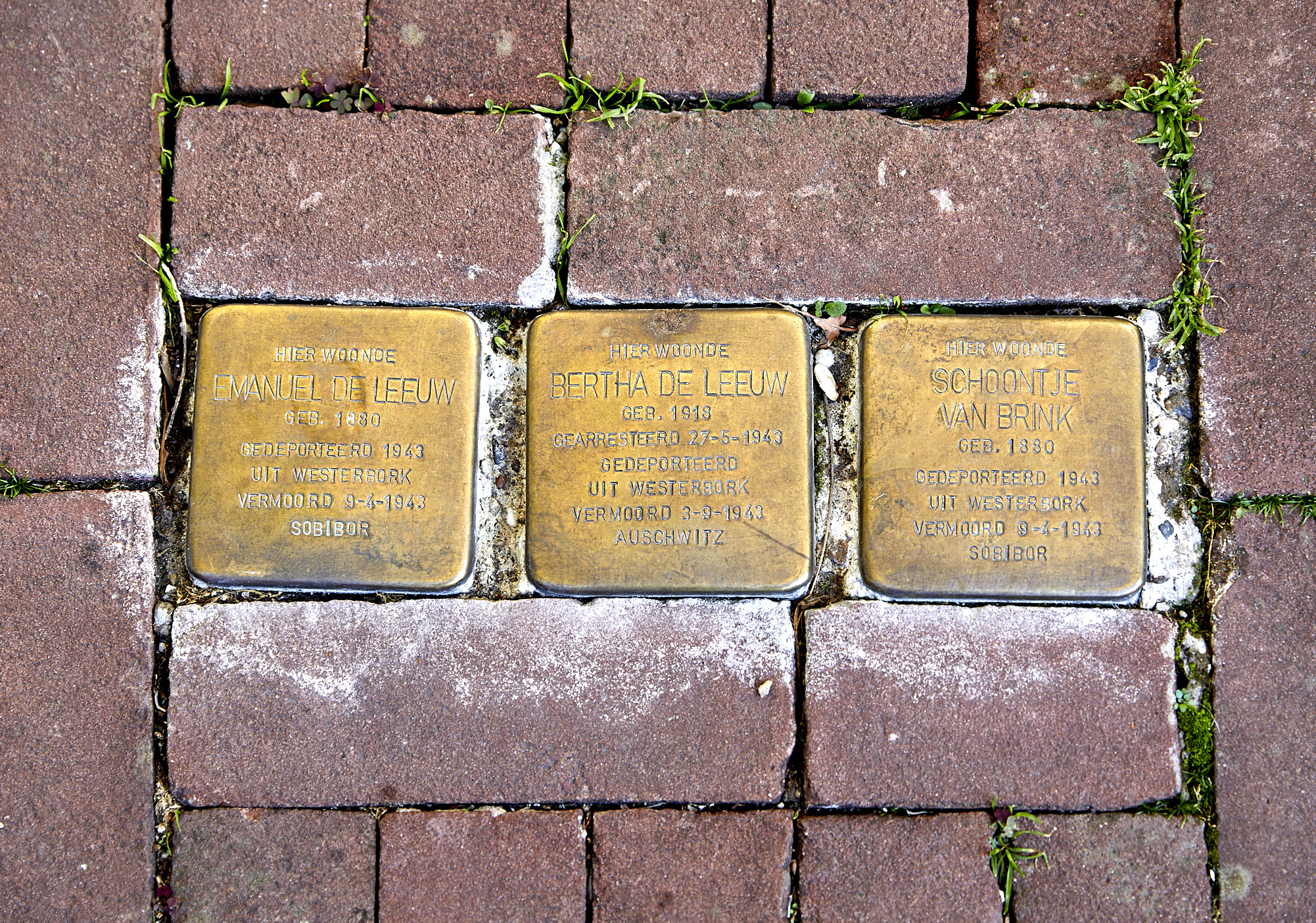 You might have come across these small brass plaques embedded in the ground during a trip to Berlin or Amsterdam. The work of artist Gunther Demnig, these stolpersteine (meaning stumbling stones in German) mark the last place victims of the Holocaust lived (or worked) before their death.

When the Nazis destroyed Jewish cemeteries in Germany, the gravestones were taken and used as paving stones for people to literally tread over the memory of the dead as they carried on about their lives. The stolpersteine were inspired by this – as we walk over them we only sometimes notice they’re there. The idea has been controversial though, and stolpersteine have been banned in Munich as an undignified way of remembering victims where plaques are put on the walls instead.

So far 70,000 plaques have been laid in 1,200 cities and towns around Europe and Russia. In Amsterdam they can be found all over the city, particularly in the Jewish Quarter where huddles of tiles mark the murder of entire families.

On them are the victim’s name, date of birth and time/place of death. Many people in Amsterdam were deported to Westerbork concentration camp in the Netherlands (including Anne Frank) and then onto an extermination camp like Auschwitz or Sobibor.

A few years ago, a couple in Amsterdam filed a lawsuit in an attempt to get a stolperstein outside their house (which commemorates a 51-year-old accountant) removed because of the unwanted attention it was drawing, claiming it was affecting the atmosphere of the street. They soon backed down after a backlash on social media, and the plaque is still there on Concertgebouwbuurt near the museums.

Many can be found near the Jewish Historical Museum and the Portuguese Synagogue. There’s a good map here showing the location of all the stolpersteine in Amsterdam.