The Real Mary King’s Close is a maze of seventeenth-century alleyways and towering houses, once open to the world but now closed off under the Royal Exchange building which was plonked on top of the streets in 1753.

‘Closes’ are the alleyways running off from the Royal Mile in Edinburgh’s Old Town. They were named after the street’s most famous residents or the type of trade that went on there.

Mary King was a seamstress and fabric trader in the 1630s, a successful one at that to have a close named after her (especially as a woman). Our guide ‘Jonet’ claims to be one of Mary’s four children, a pro at navigating the narrow streets she’s lived in since she was seven.

After descending the stairs we find ourselves in a typical Close house with a urine pot in the corner. The pots would be chucked out from the windows and into the streets at 7am and 10pm every day, with ‘gardyloo’ (from the French gardez l’eau – watch out for the water) called out to warn any unfortunate passers by. “Of course the youngest would have to do this…”, Jonet turns her torch on a little girl who’s recoiling in the middle of our group. 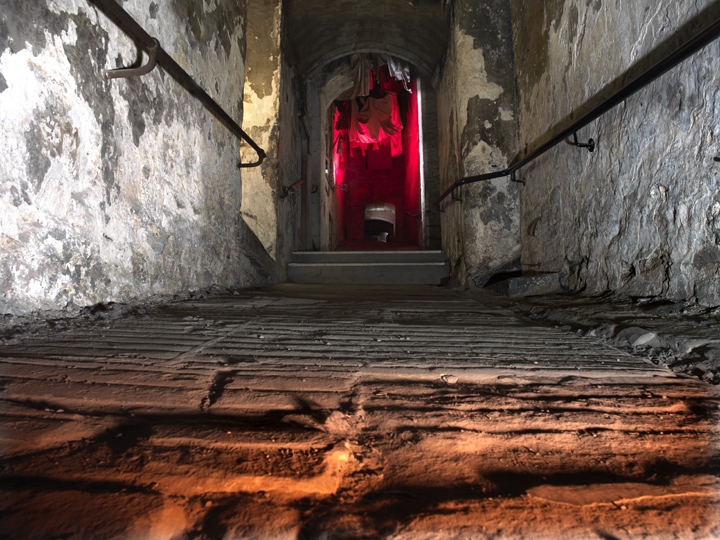 The wealthiest people of the Close would live in the middle levels of the houses, far enough away from the scummy streets but not too far up the ladders to the top levels. Those rich enough to have a toilet might wee with the door open to show off their good fortune (amongst other things…). 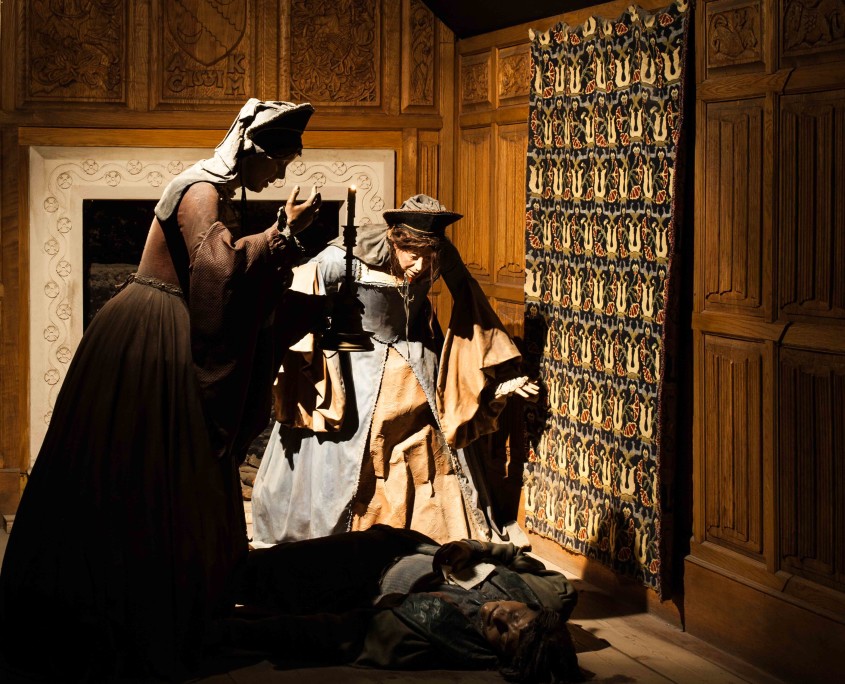 The murder of Alexander Cant © The Real Mary King’s Close

In the next section Jonet asks a Scottish man to shout “there’s been a murder” Taggart-style. The murder in question is of Alexander Cant, killed by his wife Katherine and her mother Alison Rough here in 1535. Things turned nasty when Alexander sued Alison for not paying all of Katherine’s dowry. It got even nastier for Alexander when he was beaten to death with a pair of fire tongs.

Alison was executed for the murder by being drowned in the Nor Loch (now Princes Street Gardens). Katherine was pregnant so managed to escape immediate execution, and later fled to Germany.

Bring out your dead 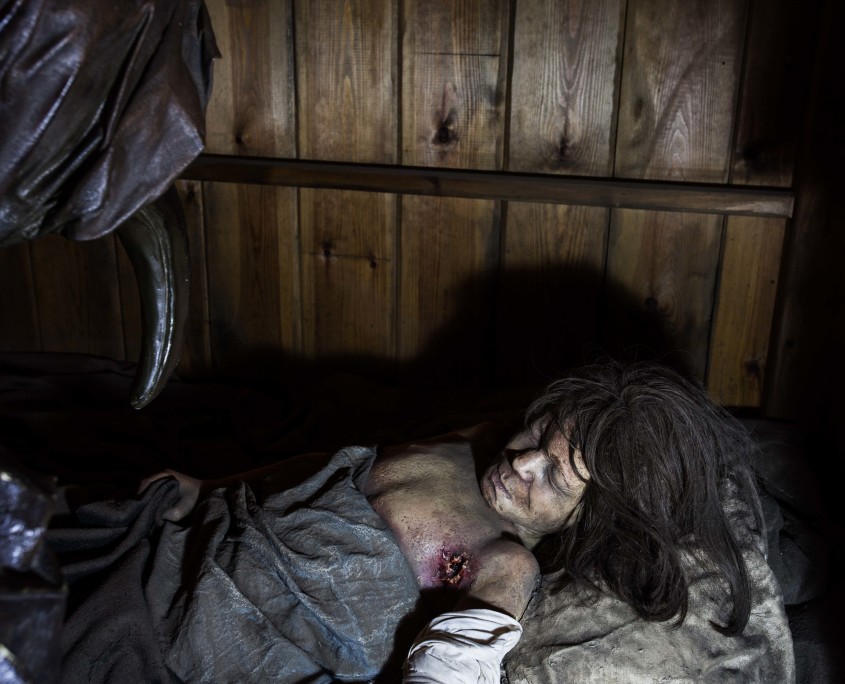 In the plague room there’s an unhappy family scene with a beaked-nose plague doctor looming over a child who really looks like he’s beyond any help. Jonet uses the torch to cast a shadow of a rubber rat, imagining the Close teeming with them, hopelessly spreading infection among the crowded houses and streets (more about plague here). She asks the little girl in our group if her toy cat could help banish them, but she is not keen. 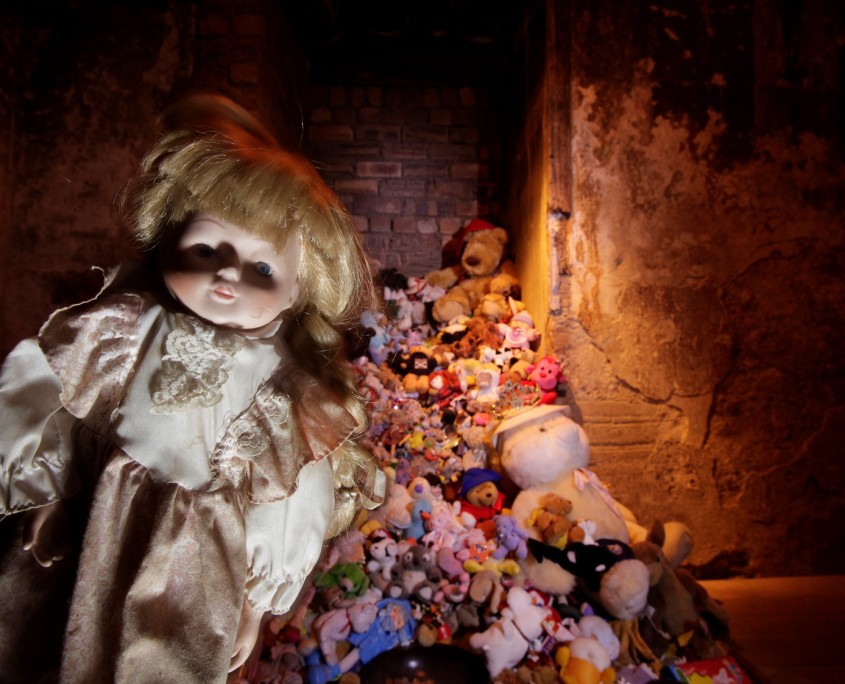 Annie’s story originates from a visiting Japanese psychic, who apparently felt sadness in the room and something pulling on her coat as she began to leave. When she turned around she saw a young girl, crying and dressed in rags. The girl said she was called Annie and that she’d been abandoned by her parents after contracting ‘the sickness’. To make things worse she’d also lost her doll.

The psychic returned with a tartan-clad Barbie for her, and since then visitors have been bringing presents of their own (which later go to charity).

Jonet targets members of the group to see if they have brought anything to add to the pile. “Did you bring anything for Annie? You didn’t? Nothing? Okay… well, don’t feel bad…” The little girl clings onto her cat toy for dear life. 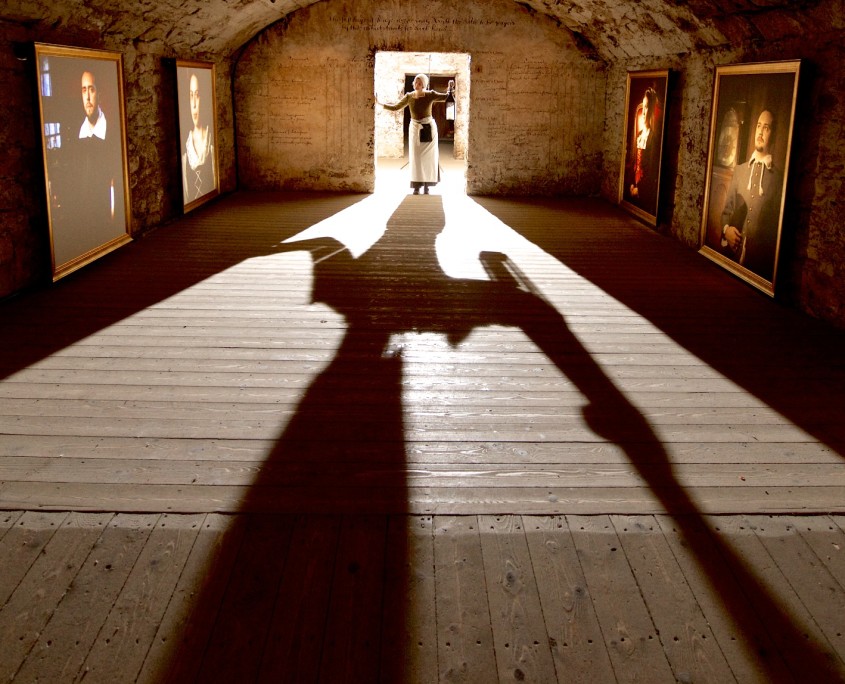 At the end Jonet reveals that she’s really called Sarah and she’s from Italy. “If you liked me, please go onto TripAdvisor and leave a review. If you didn’t, you’ve never seen this place”.

The Real Mary King’s Close is open every day from 10am, with tours lasting about an hour and departing every 15 minutes (last tour at 9pm on weekends). Adult tickets cost £14.50; kids are £8.75 (children have to be over 5 years). It’s very popular with tourists so book ahead, especially during weekends and school holidays. 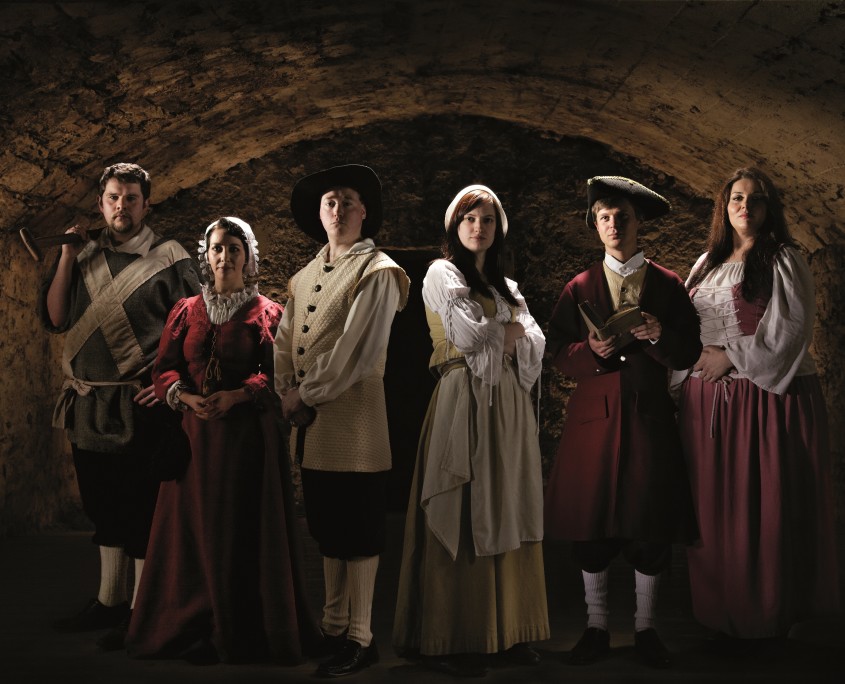 The other guides include a maid, a merchant, a Spanish-speaking envoy, a poet, and a ‘foul clenger’ who had to drag dead plague victims out of their homes.

No personal photos are allowed, but you can have your picture taken in the Close and buy it in the gift shop afterwards.

Claustrophobics – it’s not too bad, there are no very narrow tunnels and plenty of exit signs. Unfortunately the Close is not wheelchair accessible.