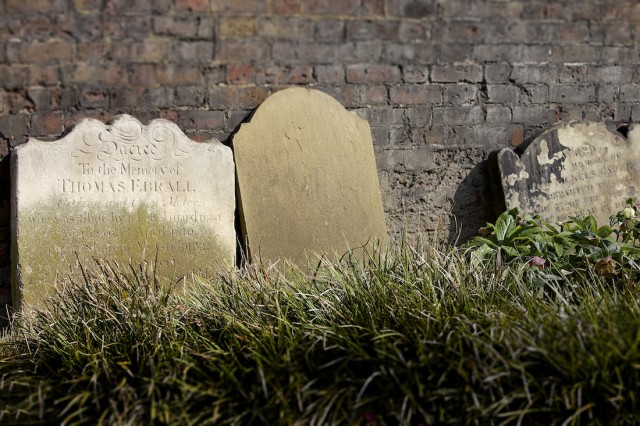 Plagues were common occurrences in medieval and early modern England. They struck London every 20 years or so, and even when there wasn’t a major outbreak the disease was bubbling under the surface, waiting for the right conditions to rear its ugly head again. In fact plague still exists today, with 1,000 to 3,000 cases reported every year, mostly in Africa.

The two worst outbreaks of plague in London were the Black Death in 1348 and the Great Plague in 1665. Both are thought to have been bubonic plagues, spread by the fleas on rats. Fleas had a problem – every time they bit a rat they were living on it died of the plague. Consequently they had to find a new rat to bite, or a human…

The first sign of bubonic plague is painful swellings in the armpits and groin, some as big as eggs (‘bubonic’ is derived from the Greek word for groin). Gangrene is another common symptom, killing skin tissue and turning fingers, toes, lips and noses black. This is accompanied by a high fever and often a rash, vomiting, and coughing up blood.

If you caught the plague, things were unsurprisingly not looking great. About 70% of those infected died, most within the space of a week. London’s churchyards couldn’t cope with the demand for burial space, and so pits were dug across the city and its surrounding areas to bury the infected dead as quickly as possible. Historical evidence about the location of London’s plague pits is scarce, and they are still being uncovered today. There are potentially hundreds of pits a few metres under modern London’s roads and parks. Here are a few of the known sites.

The Black Death was one of the deadliest plague pandemics in human history. It’s thought to have made its way over from Asia to the Crimea and then into Europe via the rats on merchant ships. England heard news of the terrifying illness before it arrived in Bristol in the summer of 1348. By autumn it had reached London, where, like Bristol, the ‘Great Pestilence’ as it was known flourished in the unsanitary conditions of the medieval city.

No-one knew what was causing the disease or how to stop it. People were dying more quickly than their corpses could be disposed of. The frantic search for burial space continued as around 60% of London died in 9 months.

In 2013, an emergency Black Death burial ground in Charterhouse Square, Smithfield, was discovered during excavations for the Crossrail. The site had been undisturbed since the fourteenth century, and 25 bodies were found in two levels with a layer of clay between them and on top to seal in the disease. Despite the panic, the bodies were still arranged in an orderly fashion and according to Christian ritual. DNA analysis from the skeletons’ teeth also showed signs of malnutrition (and therefore weakened immune systems) from years of famine, which has led some to suggest that the bubonic plague had developed into pneumonic plague – when it enters the victims’ lungs and is spread from human to human when the bacteria is expelled into the air by coughing. Consequently it could have spread even more quickly. There are likely to be many more plague trenches under Charterhouse Square.

There are reportedly two plague pits at St. Mary’s Church in Walthamstow: one from the Black Death and one from the 1665 plague. ‘Vinegar Alley’ there is said to have taken its name from the ditches dug near the churchyard, which were filled with vinegar in an attempt to stop the pestilence from spreading.

Recovery was slow after the Black Death wiped out around half of Europe’s population. Plagues continued to punctuate life between the fourteenth and seventeenth centuries, and by 1665 it was back with a vengeance in the narrow, crowded and filthy London streets. This time it killed around 100,000 Londoners over 7 months; 15% of the city’s population. It was England’s last major outbreak of plague.

A lady called Mary Ramsay has the unfortunate legacy of bringing the plague to London from France. She, along with 364 other victims of the Great Plague, is buried in the churchyard of St. Olave’s Church in Hart Street (where Samuel Pepys was also later buried). A ‘p’ was marked after the victims’ names in the parish registers.

As with the Black Death over 300 years earlier, nobody understood what was causing this deadly disease to take hold. Bad air, the weather and dogs and cats (which were slaughtered) were all blamed, and it would be another 300 years until the cause was discovered. By the summer of 1665, those who could afford it were fleeing the city. Plague doctors, who often had no formal medical training, were diagnosing victims.

The Lord Mayor of London ordered that red crosses be painted on plague victims’ doors as a warning, with the words ‘Lord have mercy upon us’. Drivers of dead carts roamed the streets calling ‘bring out your dead’. The bodies were dumped in pits across the city during the night at first, in an attempt to limit public alarm.

A ‘Great Pit’ was created in the churchyard of St. Botolph without Aldgate, which was 50 ft. long, 20 ft. wide and contained over 1,000 bodies.

By the end of autumn the death toll was lessening. The London streets were a ghost town, with reports that grass had started growing on them, until the wealthy and healthy moved back over the next few months.

As always, thanks to Simon Montgomery for the images.