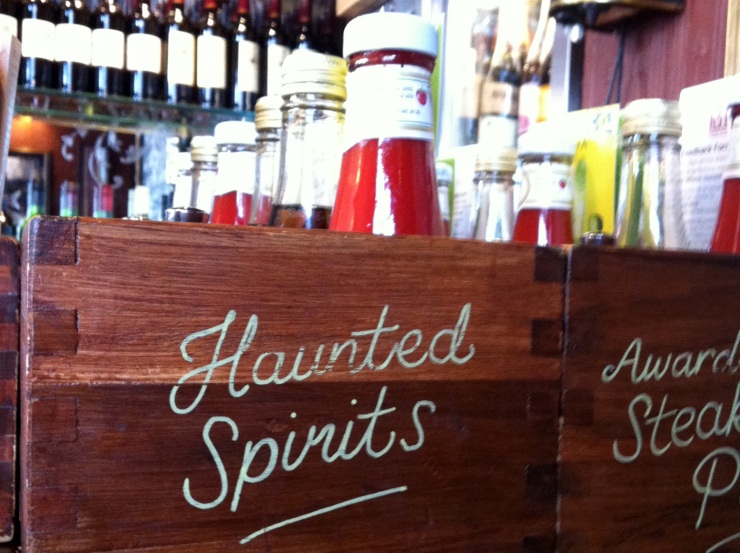 The Morpeth Arms on Millbank is a lovely pub. It is situated just a pleasant fifteen minutes’ walk along the road from Westminster and opposite the conspicuous MI6 building. An obvious hangout for spies. I asked the manager, Gary, about said spies.

“You know who they are because when they get their wallets out to pay they have big silver warrant cards in them,” he says.

“Yep, we’ve had delegates from the FBI in here for lunch too.”

“They sent people in to check all of the entrances, exits and windows.”

“Did you show them the cells?”

“Oh yes, they had their photo taken down there.”

The cells in question can be seen on a live ‘ghost cam’ feed displayed prominently on a wall as you enter. Happily, the camera is left on after closing, easily viewed through the window. In fact, Travel Darkly captured a mysterious ‘White Dot Ghost’ when we first visited, much to Gary’s excitement, even though he doesn’t believe in ghosts.

The cells beneath the Morpeth Arms are the most ‘prisony’ thing left of the old Millbank Prison. It opened in 1816 after much hoo-ha involving a will-I-won’t-I build a prison on the site and manage it if my brother isn’t around to help, what with all his Navy stuff, and what with the bloke I wanted to build it having the problem of being dead – from Jeremy Bentham, the father of Utilitarianism, whose dead body itself resides in the entrance to University College London. 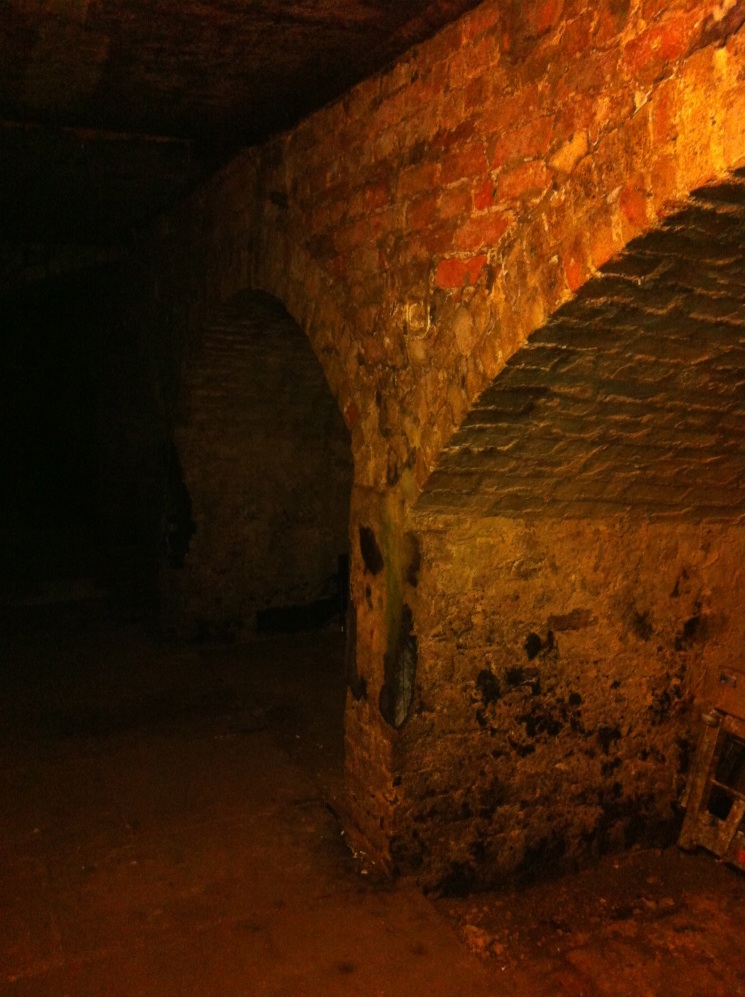 The cells are next to where all the beer barrels are kept. And as such they aren’t generally open to the public. It is damp down there, and I did a little trip over a stalagmite and questioned an elongated ‘thing’ covered in green ‘fur’. There are several cells and a staircase leading to nowhere. Spooky. 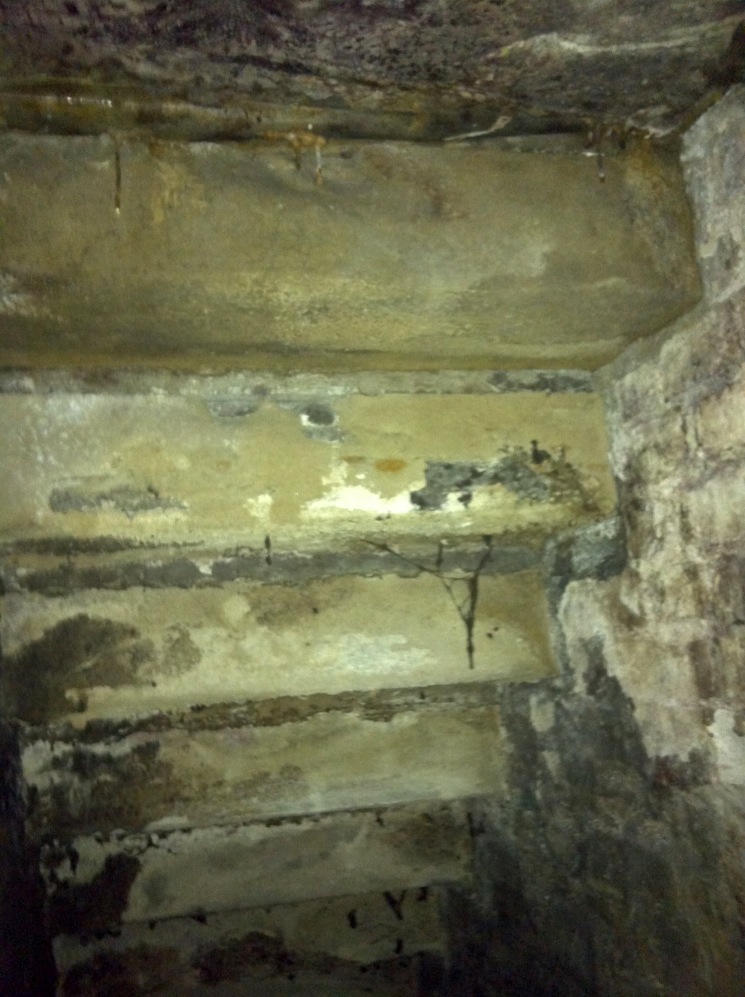 The prison was built to hold up to 600 men and 300 women,  plans having been received by the supervisors for a project of forming a colony for the reception of convicts at Botany Bay, Australia.

The prison had a ‘Panopticon’ design, fresh out of Mr. Bentham’s mind. The Panopticon, a nod to the Panoptes in Greek mythology with a hundred eyes, consisted of a central watchtower from which the watcher could observe any of the six pentagonal buildings containing the inmates, these buildings spreading out from the watchtower like petals.

The architect, a Mr. Hardwick, who won the contract on account of not being dead, had ‘to build on ground in which difficulties were to be encountered’ – i.e .river banky – making the foundations very expensive. Indeed, the whole thing was a complete shambles and Mr. Hardwick resigned after being ‘laughed at by some of his brother architects.’

A third architect was brought in and ‘the first Pentagon was opened for the reception of convicts in the month of June 1816; and in the autumn of that year very alarming appearances of a settlement exhibited themselves..’

The external walls were sinking due to the crappy foundations and architect no. 3 was by now suffering with gout, rendering him completely useless. Parts had to be entirely rebuilt and the whole affair was frightfully costly but finally the prison was put into proper use. 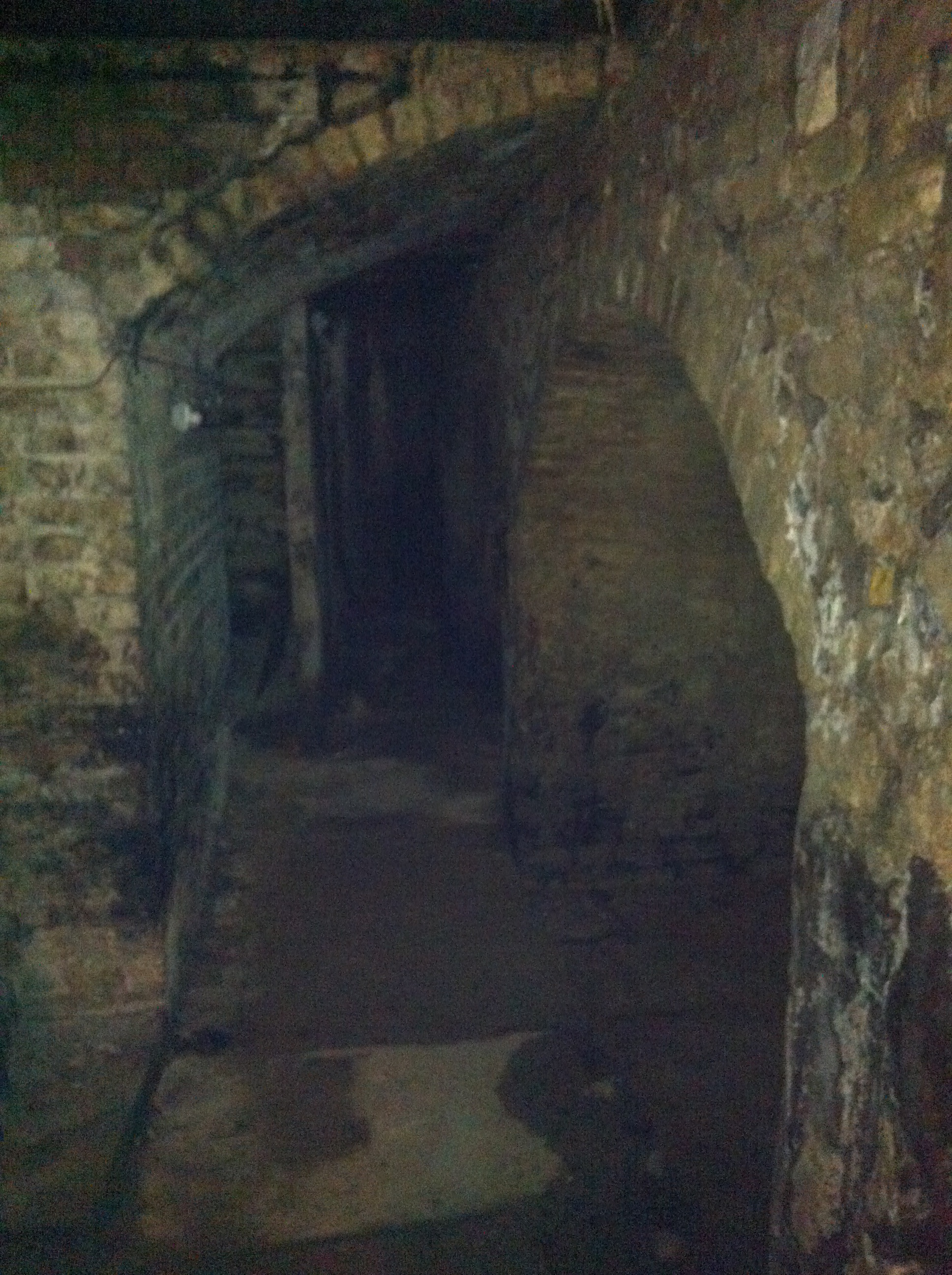 Prisoners resided in hammocks in their cells and worked, predominantly as tailors – getting three meals daily – brought by kitchen staff and prisoners who worked in the kitchen. They had four half hour breaks in the yard a day, watched by wardens with one hundred eyes.

After some time shipping convicts out to Australia, New South Wales authorities complained that large bodies of men were being sent over annually without women and so Millbank Prison endeavoured to send as many women as possible over. The trouble was that the female prisoners did all the laundry. Also, those who ‘only’ had seven year sentences would have had every right to be repatriated from Oz back home when they were free. A Lord Auckland wrote that men could easily find work on the ships to get home but that women, “have no possible method of leaving the colony, but by prostituting themselves on board the ships, where Masters may choose to receive them… transportation for seven years is converted into banishment for life.” It is his feeling that there are probably loads of women in the ‘lower ranks of society’ who’d gladly leave for Australia to be married there as long as they have a place to live. He calls them a “supply of women.” Delightful.

The prison, which had had so many problems from its conception, finally closed in 1890 and was then pulled down to make way for Tate Britain, which still stands there today.

Across the road from the pub one bollard survives, where convicts began their transportation to Australia. There’s a plaque on the bollard which reads: Near this site stood Millbank Prison, which opened in 1816 and closed in 1890. This buttress stood at the head of the river steps from which, until 1867, prisoners sentenced to transportation embarked on their journey to Australia.’

And at the end of the street heading in the opposite direction to the river is a ditch once part of the prison, which now has community plants and washing lines in it.

The Morpeth Arms was built in 1845 by Paul Dangerfield for the wardens from Millbank Prison. A prisoner is said to have tried escaping from the prison through a tunnel beneath the pub but died there. He now haunts the pub…

“Have you seen any ghosts?” I ask Gary.

“No, but staff have heard things downstairs in the past and my bike has moved around.”

“Do you think that might have been staff moving it?”

How to visit what’s left of the Millbank prison

Near to Tate Britain, on the opposite side of the road, is the last remaining of two bollards that once stood at the top of the stairs to the river prisoners destined for Australia were led down. 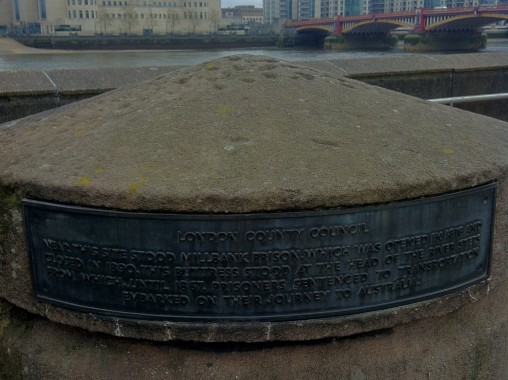 On the road behind The Morpeth Arms you can see what’s left of the exterior, where there is now washing hanging and planters for residents.

The Morpeth Arms itself is on Millbank, opposite the bollard and with a view of MI6.