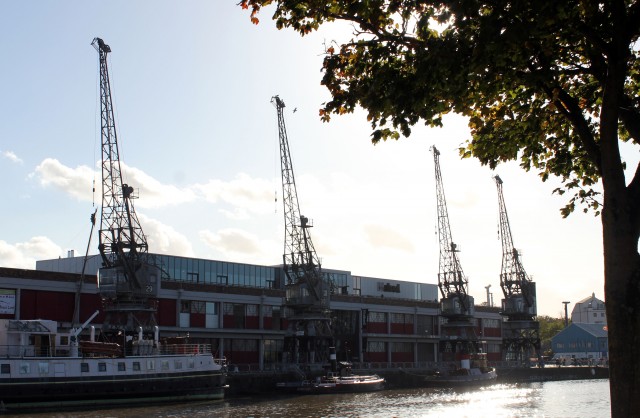 M Shed is a regular haunt of mine when a friend comes to stay with me thanks to the human skin book. The museum was opened on the docks of Bristol in 2011 to replace the city’s old Industrial Museum. It aims to chart the history of the city through artefacts, of which there are over 3,000, and stories – with oral history snippets and opportunities to record your own opinion via touchscreens throughout the building.

The story of the human skin book begins, naturally, with a tale of unrequited love. In the early nineteenth century, 17-year-old John Horwood took a shining to Eliza Balsum. Unfortunately the feeling wasn’t reciprocated. After becoming aware of her new boyfriend one day, John threw what has been described as a ‘large stone’ at her head while she was crossing a stream. Eliza suffered a fractured skull, but actually died later of an abscess after undergoing an operation by surgeon Richard Smith to treat it. John was sentenced to death and hanged in 1821, just a few days before his eighteenth birthday – the first person to be executed at Bristol’s new gaol (the remains of which can be seen at the back of the museum). 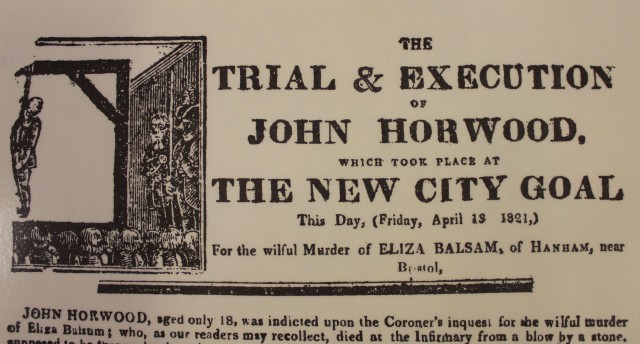 John’s family and friends hoped to be able to save him from the final indignity of his sentence – the public dissection of his body – but their plot to steal the corpse was foiled when it was delivered to the Bristol Royal Infirmary in the dead of night. Richard Smith dissected the body in a lecture, and then had the skin tanned and stretched to make a suitable book cover. It was then used to bind Smith’s account of John’s crime and execution, and embossed with a skull and crossbones at the corners. Despite having spent several years cataloguing antique books and describing the different types of leather (speckled calf, vellum, crushed morocco..?), I have to admit I would have no idea it was bound in human. Apparently the practice dates back to the seventeenth century and even has a name, ‘anthropodermic bibliopegy’, and examples extend to works of erotica bound in human breasts.

After the dissection, John’s skeleton (with the noose still around its neck) was kept by the Royal Infirmary before being handed to Bristol University. His body was finally buried on the 13th April 2011, exactly 190 years after his execution, following a campaign led by his descendants. 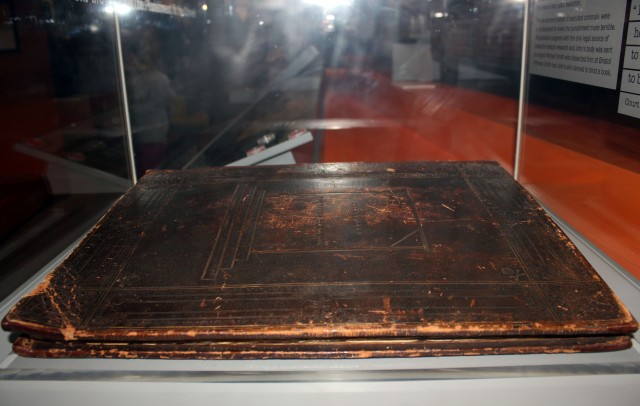 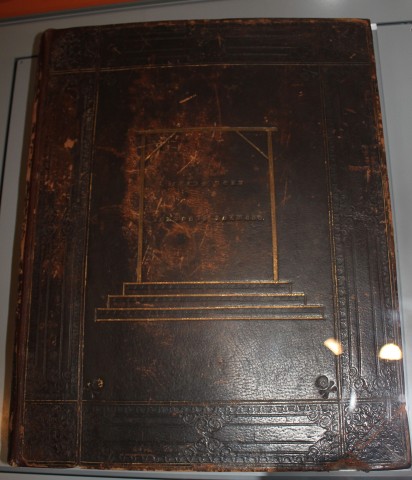 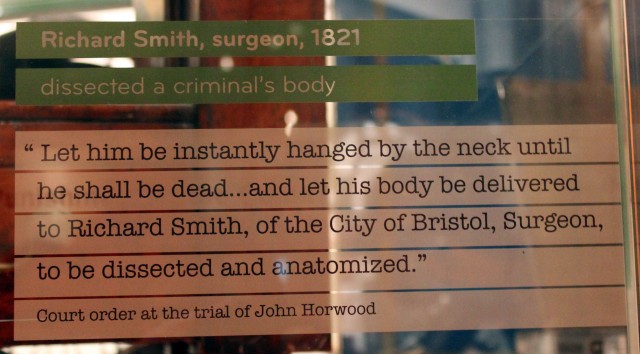 The museum is open from Tuesday-Friday between 10am-5pm and Saturday, Sunday and bank holiday Mondays between 10am-6pm. Entry is free.

Princes Wharf, Wapping Rd, Bristol, BS1 4RN. The museum is located on the harbourside, with Wapping Wharf car park just behind it.