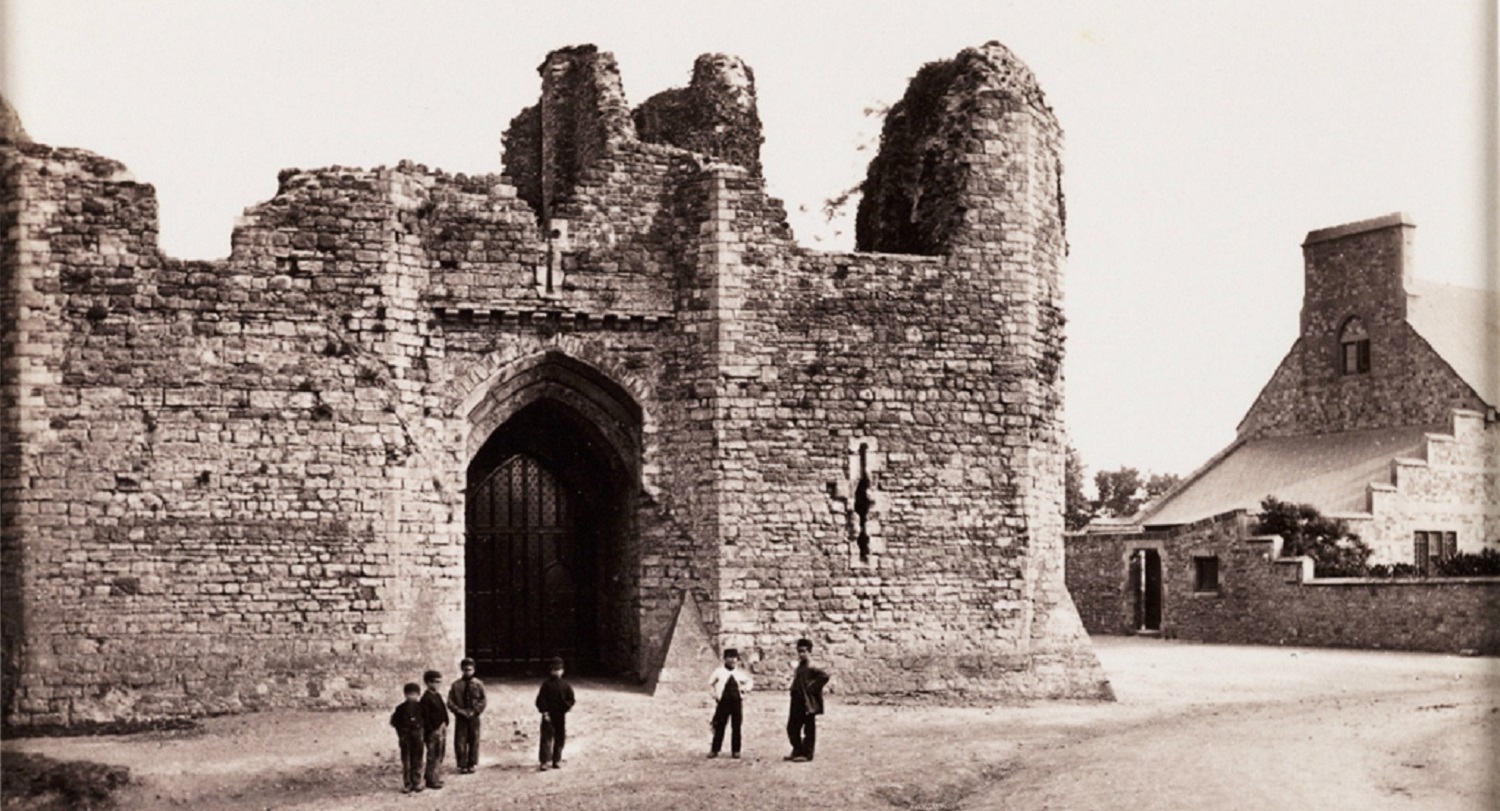 On a dark December’s night, a taxi driver called Tank introduces us to spooky Llandaff – a city within a city, and the birthplace of writer Roald Dahl – that became a district of Cardiff only in 1922. Our introduction to it is the ruins of the old Bishop’s Gate, illuminated by the headlights of Tank’s car. This place, Landaff, is from another time. It’s like we’ve accessed it via some kind of portal, guided by a Welsh Charon in a Jeep.

“It was only last week a chap hanged himself down there,” Tank says in a thick Welsh accent, pointing down the hill and laughing a Vincent Price from Michael Jackson’s Thriller laugh. “People see ghosts and go missing all the time – last time they went I think about sixteen left and only two returned.” That cackle again.

We laugh nervously and thank Tank, before jumping out into the cold, fresh night to stand by the meeting point, a crucifix. There’s nobody there. We wonder if it’s all a cruel joke.

John Dr-Who-Experience-by-Day is clutching a cup of Costa coffee which detracts only slightly from ye olde ghoste walk atmosphere.

Before long, twenty more people have appeared as if from nowhere. (But likely from their cars in the surrounding parking lot).

John explains that first-on-the-scene Pete will be assigned to the back of the flock, incase anyone feels terrified enough along the way to be carried back to base crucifix.

John begins with a history of Llandaff. It’s a tale of death, ancient ritual burials and destruction. The cross we stand by is not just any Victorian monument, but a Victorian monument on an 800-year-old base. The Bishop’s Palace was destroyed during times of Civil War, when Oliver Cromwell and his merry men – New Model Army – came in like a wrecking ball, turning the cathedral into a common pub.

“The cathedral has been destroyed and rebuilt more than any others in British history,” John explains. “It saw a massacre. Oliver Cromwell stopped here on his way to St. Fagans, with its battle that culminated in the river running red. Cromwell left the place in turmoil. Even the weakened tower came down. And then all of it was rebuilt and then all of it came down again in WWII. And here it is in its modern incarnation.”

John references the 1879 Western Mail newspaper – which notes a high frequency of murders, suicides and missing children, lured for some unknown reason to commit bad things to themselves… or to others.

“The ‘biscuit tin houses’ are a facade, and the place is riddled with unearthly presences,” he says.

We walk past the cathedral and down into the dark fields below. A large body of water rushes past. It is completely dark. All torches are turned off and John tells us the voices of children have sometimes been heard laughing on the dewy plain. On occasion people have even felt small tugs at their ankles or little hands holding their own. It’s like a friendlier telling of The Children of the Corn.

“Only her blonde ringlets were visible beneath her shawl-covered face as she hurried across the field to where the old cemetery behind us is. Any of you seen the film The Woman in Black? Well think that, but not black.”

There’s also the black shadow of a faceless man who either crouches in the bushes or floats towards you, depending on the storyteller. But all I feel is the numbing cold, and all I see is black nothingness.

We continue on to where the river flows, having been diverted away from where we stand some years back. We’re told of a suicide pact between a couple who could only afford marriage or a house but not both – they chose marriage, jumped into the dark swill,  and lived together in death.

“A man was hanged here for murdering his wife,” John says, “and just before he was hanged his last words were ‘has anyone seen my darling wife.'”

Once past the river, we’re led down a muddy path with trees looming over it, thicker on the side where a stone wall stands. The fantastical malevolent figure of Shadowy Faceless Man is talked about again. We’re standing on one of the ancient ways, ‘The Death Road’ that was used to cart coffins along in the days where people carted stuff places and measured things in hands. In Welsh the road is called ‘Lle y Wrach’ meaning ‘Place of the Witch’ (although the Welsh-speakers on the tour dispute the translation).

It’s at this point we genuinely hear a noise. What sounds like a large dog runs through the leaves beside the stone wall. There’s nobody there. Perhaps it was Pete kicking up the leaves when nobody was looking.

We press on until we are in a cemetery behind the cathedral, assembled round a massive yew tree. The graves glow white all around us and the shapes trick the eye. Shadowy Faceless Man and the ghostly children that have been conjured up in our minds are let loose in high concentration as John spins all their stories into one big ghostly mess, until even I feel faint. It’s an overwhelming culmination to a very spooky winter’s night and we’re very glad to jump in a cab and go home to a roaring fire afterwards.

Cardiff History and Hauntings run Llandaff Cardiff ghost walks on various dates throughout the year, usually on Fridays or Saturdays. Groups vary in size but the average is around twenty. Check the site and book before you go as they are very popular. The walk is £8.50. You can also book private tours, putting down a deposit of £50.

Because the walk takes place in the dark, aside from anything else, it’s probably easiest (and most comfortable) to get a taxi from the train station or wherever you’re staying, or to drive yourself and park in the car park. A taxi will cost around £8.

Many thanks to Visit Wales for hosting us that dark, dark, December night in Cardiff.