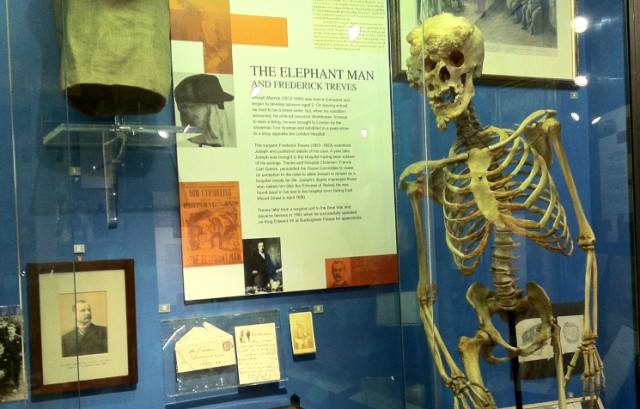 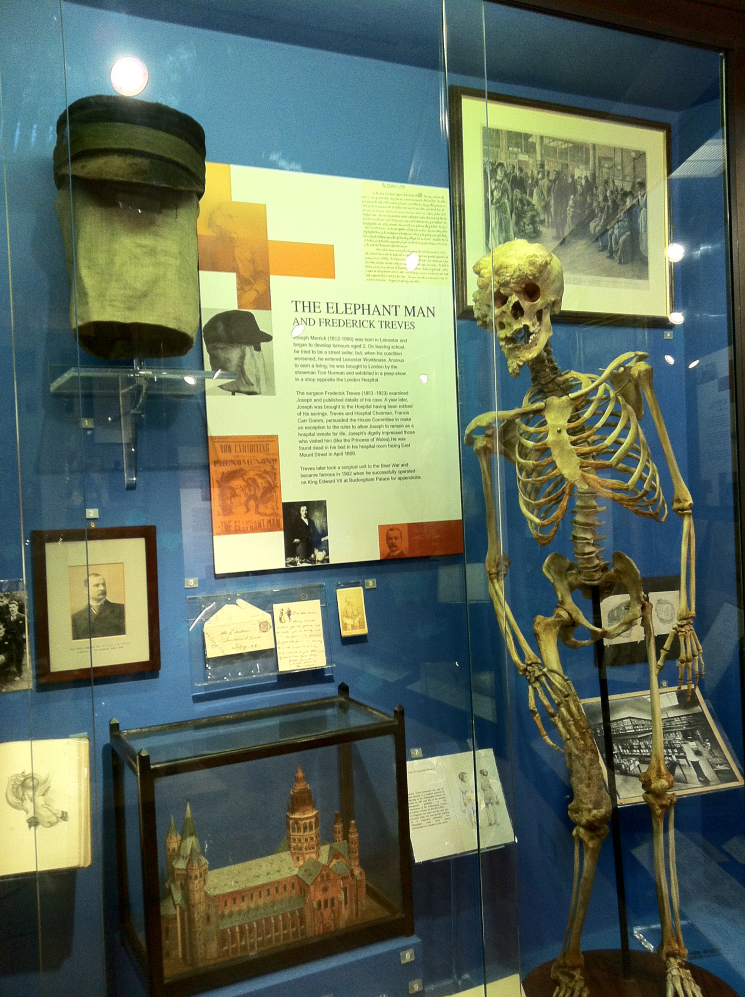 He had gone from humble beginnings in Leicester, cigar rolling, to the workhouse and then to ‘performing’ on 123 Whitechapel Road – now No. 259 and called ‘UKAY Saree.’ According to the famous account – ‘The Elephant Man,’ by a Doctor Frederick Treves – Treves ‘rescued’ Merrick from that shop. In actuality, Merrick had volunteered to be displayed as a freak in one of showman Tom Norman’s shops when he was destitute and in need of the cash. The police closed the show because they thought it indecent. After that Merrick toured Europe, got robbed, and finally went to live at what is now the Royal London Hospital.

Freak shows were popular in Victorian times, both in the United States and in Britain. In the US, the most famous showman was a man named Barnam. 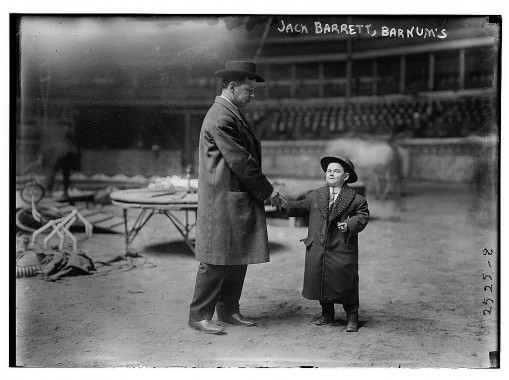 In the UK, it was Tom Norman AKA the Silver King – an entrepreneur with thirteen freak-displaying shops.

He had one show that featured a lady called Mrs Baker, who put her naked hand into a cage, fetched out a live rat and proceeded to bite its head off. One of his most popular shows was Eliza Jenkins, the Skeleton Woman. He also had the ‘Balloon Headed Baby’.

He wrote in his autobiography, ‘you could indeed exhibit anything in those days. Yes anything from a needle to an anchor, a flea to an elephant, a bloater you could exhibit as a whale. It was not the show, it was the tale that you told.’

Perhaps it was actually the doctor Sir Frederick Treves who was the real showman, as he was the one who told the Elephant Man’s incredible story, turning himself into a hero, Merrick into a victim and Norman into the  monster. 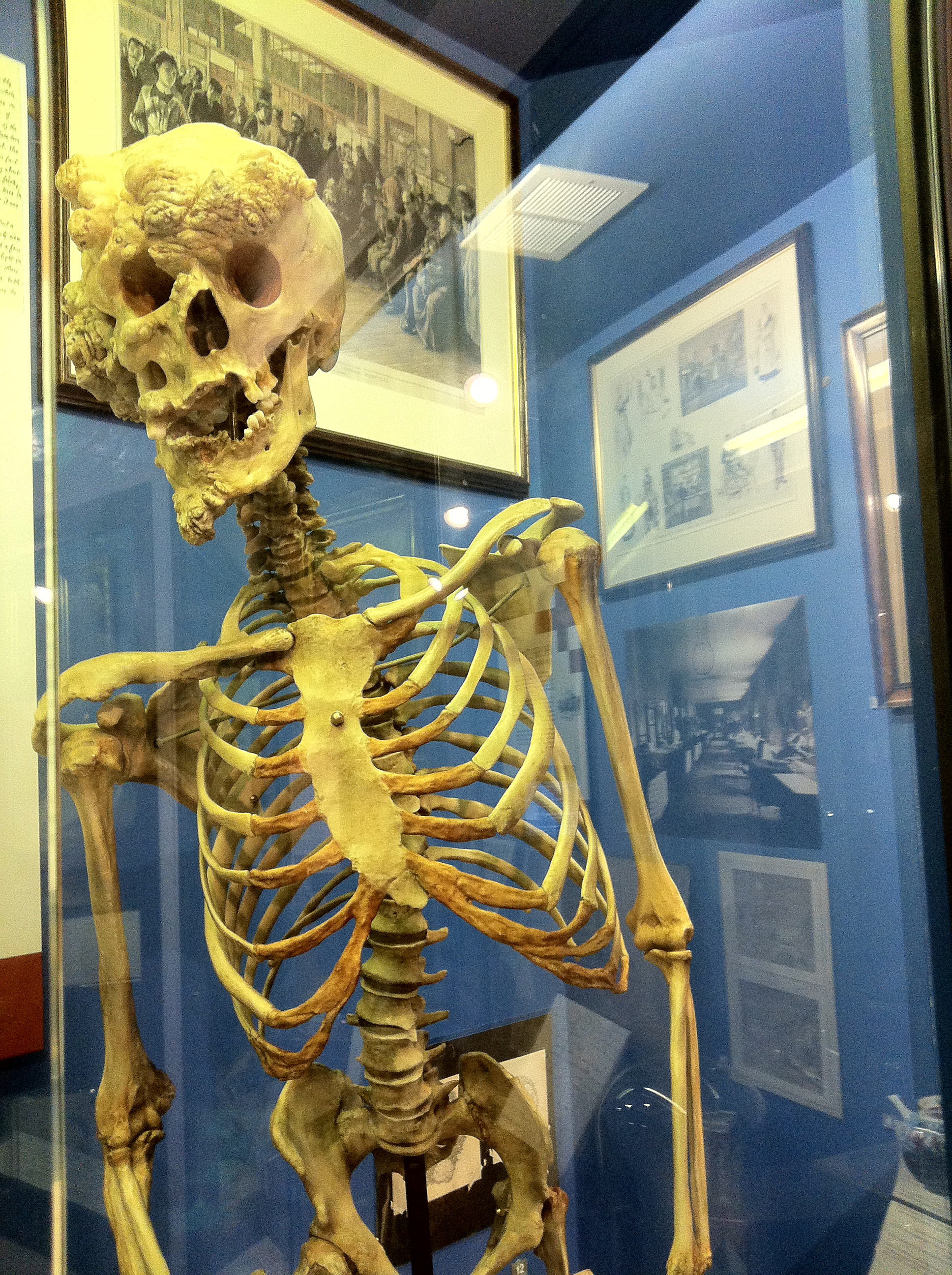 In reality, Tom Norman only worked with Joseph Merrick briefly, and was not the evil and abusive showman in the accounts of Merrick’s life that use artistic licence rather liberally. After police closed the show, Joseph went off with a different showman, Sam Roper. Sadly while in Italy he was robbed by a tour manager named Ferrari and it was only with help he was able to return rail & sail style from Antwerp to Harwich and on to London where he was admitted to the Royal London Hospital. He spent the remaining four years of life there.

Merrick died on 11th April 1890 at the age of 27, probably from asphyxia due to the weight of his head crushing his windpipe. The medical condition he suffered from is still being debated to this day.

Many people know Merrick’s story from the famous 1980 David Lynch film, which used the romanticised and heartbreaking account of Merrick that Frederick Treves wrote 40 years after meeting him. It’s true that if you want a good cry, Treves’ account certainly delivers, but the lovely archivist at the Royal London Hospital Museum and Archives, Jonathan Evans, has put Treves’ account alongside the real facts in a book sold at the museum for just £3.50.

We urge you to read the book and watch the film. Because at the end of the day, sometimes it seems we don’t want the real story, or care for it. We want the version that pulls on our heart strings.

Also at the museum is a display about Jack the Ripper, with what may have been the murder weapon, and a display about WWI hero nurse Edith Cavell, who was executed in 1915 after helping up to 200 men evade capture.

How to visit the Royal London Hospital Museum and Archives

The closest underground station is Whitechapel. Cross the street and use a map, the signs to the museum are a little confusing. It’s a couple of streets behind the hospital, in a chapel crypt.