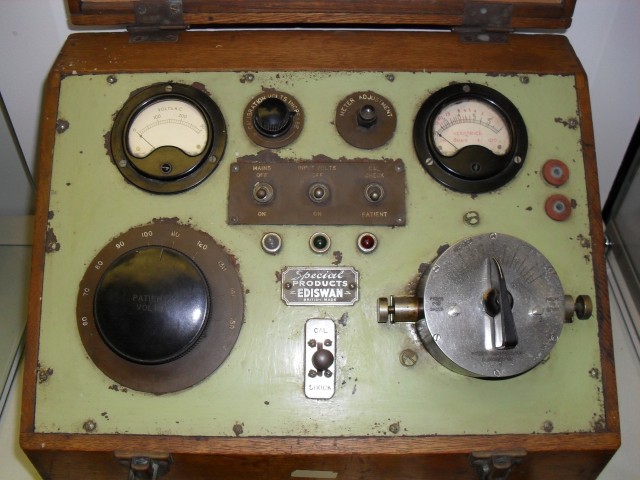 Glenside Hospital Museum is probably my favourite museum in Bristol. Located on the site of the city’s old mental asylum, the museum is housed in what was once the patients’ chapel. Its exhibits tell the fascinating story of the history of mental illness throughout the last century and a half; from straitjackets and padded cells to electroconvulsive therapy machines and lobotomy tools. It’s one of only three museums dedicated to mental health in the UK.

The museum gives no simple narrative of medical progress from the Victorian era to today. In fact, its cataloguing of various treatments and therapies is more likely to raise questions about how best to help treat mental illness and how little we still understand about the brain. There’s a padded cell you can get into and various models demonstrating different procedures. Standing and staring at a straitjacket, is it impossible not to imagine yourself inside it. There are various body parts in jars, pills, potions and lotions. There are bath-time rules and old visiting guidelines, and photos of lines of beds, patients, nurses and doctors. There’s a master key to the hospital that an inpatient forged from a nail. The whole experience is a personal one, designed to make you think.

Its collection of electroconvulsive therapy (ECT) machines are a popular attraction. ECT was developed in the 1930s and involves passing an electric current through the brain to induce an epileptic-like seizure, thought in some way beneficial in certain psychiatric disorders. It was first tested on pigs and then a man in Italy, before being developed further at the Burden Neurological Institute in Bristol. The thing that comes into most people’s minds is that scene with Jack Nicholson at the end of One Flew Over the Cuckoo’s Nest. ECT has a murky history, with accusations of brain damage and memory loss. In the 1980s the CIA had to compensate 9 people unwittingly acting as guinea pigs in experiments to see how far the procedure could ‘re-wire’ the brain. Today ECT is used as a last-resort treatment in cases of severe and life-threatening depression, although exactly what effect it has on the brain is still a mystery.

Bristol Lunatic Asylum opened in 1861, and was later renamed Glenside Hospital, before closing in 1994 and becoming a campus for University of the West of England medical students. The museum was refurbished in 2009/10 and is run by a team of extremely knowledgeable and dedicated volunteers.

The museum is open every Wednesday and Saturday from 10am-12.30pm. Entry is free, but there is a suggested donation of £2 to help keep it open to the public.

Glenside Hospital Museum (Church), University of the West of England, Glenside Campus, Stapleton, Bristol, BS16 1DD. From Bristol city centre, the no.5 bus stops at Blackberry Hill Hospital, next to the museum.