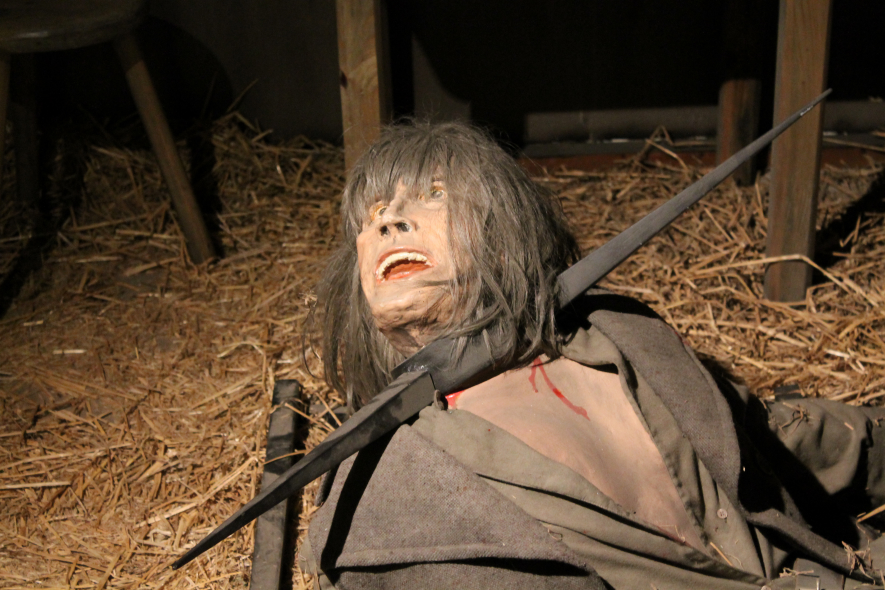 James Thompson, horse-stealer - chained to the floor and a spike iron collar placed around his neck to prevent him trying to escape AGAIN.

All good museums have a dead body. At Ely Museum in Cambridgeshire, it’s a Roman soldier reposing in his stone coffin on your way in. What’s especially marvellous is that the astroturf the coffin is placed on and modern blinds behind it make him look like he’s on display at a modern-day funeral parlour.

The museum is housed in what was originally Ely Bishop’s Gaol and a healthy amount of space upstairs is devoted to the history of the gaol. The other displays range from fossils to Anglo-Saxon finds, to stuff about Ely during the war. It’s all very charming, packing a rich collection into a small space. 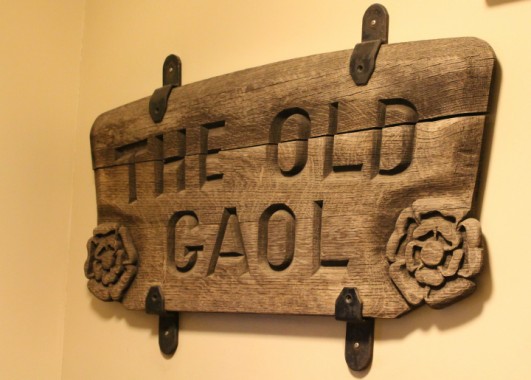 As we’re all about the dark, naturally our interest was in the museum as a gaol. In 1417 there was a house on the site listed as owned by the Bishop of Ely. It was converted into a much larger building later on. In 1679 the small gaol in Barton Square was closed and moved to this larger space. In the first half of the eighteenth century, the gaol fell into disrepair.

The situation became so serious that the gaoler actually resorted to chaining the prisoners to the floor to prevent them escaping.

Horrified at the treatment of the prisoners, local magistrate James Collyer handed a petition to King George III, who demanded the Bishop repair the gaol. Work began in 1767.

Having heard all the kerfuffle,  prison reformers John Howard and John Neild visited in 1774 and 1805.

John Howard was a bit of a hero really. We found the portrait and information next to it at Ely Museum so moving we read his book – The State of Prisons in England and Wales.

Howard was so upset by the ‘distress of prisoners’ he observed while county Sheriff of Bedford, he took it upon himself to tour most of the prisons in England and Wales, twice, to note down all of the injustices that prevailed within them. He also travelled abroad extensively to see what prisons were like overseas.

He notes in his book, that at first when he made visits to prisons he smelled vinegar to guard himself against the noxious airs within and would change his clothes afterwards, but as time went on he grew more relaxed, in part because he got used to the atmosphere in the prisons but also because he believed conditions had begun to improve. Tragically, however, he contracted gaol fever himself (while in what is now Ukraine) and died, becoming something of a gaol fever martyr.

When Howard visited Ely Gaol he wrote, ‘there is a court-yard for Felons, with an offensive sewer’ and, ‘no water… no infirmary. No straw. Clauses of the Act agains Spirituous Liquors not hung up… No table of fees.’ His aim in noting all this down was to petition for acts to improve the health and well-being of prisoners. 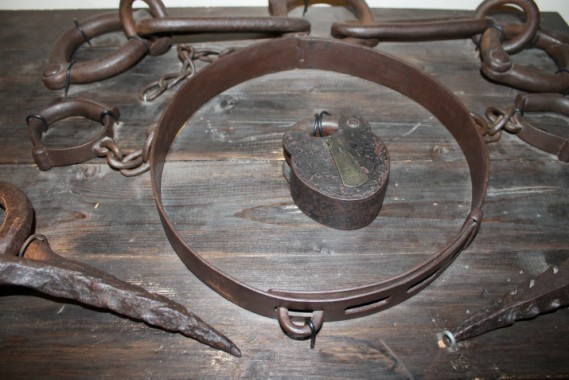 John Howard’s work lives on today in the form of the Howard League for Penal Reform  – a national charity working for ‘less crime, safer communities and fewer people in prison.’

In 1816, men were returning home to Ely after their big win at the Battle of Waterloo. Sadly they arrived back to low wages and high levels of unemployment. Pissed off farmers gathered to rebel with the thinking, ‘we may as well be hanged as starved.’ More than 150 people gathered at the Globe Pub in Littleport on the night of 22nd May 1816. Fuelled by beer and armed with pitchforks they went and shouted angrily at the local magistrate, who was also a vicar, and burned his books and tipped over his best chairs. They seized a farm wagon and loaded it with gunpowder and did lots of other rioty stuff.

The vicar ran to Ely to yell for help and his fellow magistrates promptly mobilised the 1st Royal Dragoons who went over and rounded the rioters up.

23 men and women were condemned, five of whom were hanged. Their bodies are buried in St Mary’s churchyard.

A gravestone affixed to the exterior of the church reads, ‘Here lie interred in one grave the bodies of William Beamiss, George Crow, John Dennis, Isaac Harley and Thomas South – executed at Ely 28th Day June 1816, convicted at special assizes holden there of divers Robberies during the Riots at Ely & Littleport. May their awful Fate be a warning to others.’

How to visit Ely Museum

Ely Museum is open Monday to Saturday 10.30am – 5pm and Sundays 1pm – 5pm in the summer. In winter it’s open 10.30am – 4pm Monday to Saturday and 1pm – 4pm on Sundays. Adults cost £3.50, Concessions £2.50 and kids £1. Under 5s go free. Ely is small and easy to get around – the centre is about 15 minutes walk from the train station and everything is signposted. You can also pick up a combined ticket which covers Ely Museum and Oliver Cromwell’s House from Oliver Cromwell’s House which also functions as Ely Visitor Centre. 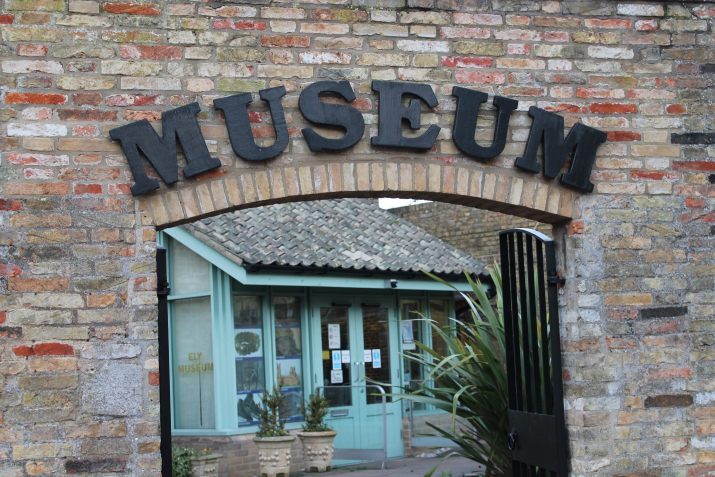