Blog
You are here: Home / Blog / Cemeteries and Memorials / Café in the Crypt, St. Martin-in-the-Fields, London

There aren’t many places where you can buy an apple crumble in a crypt with gravestones on the floor, but the Café in the Crypt, beneath the church of St. Martin-in-the-Fields on Trafalgar Square, is one of them. 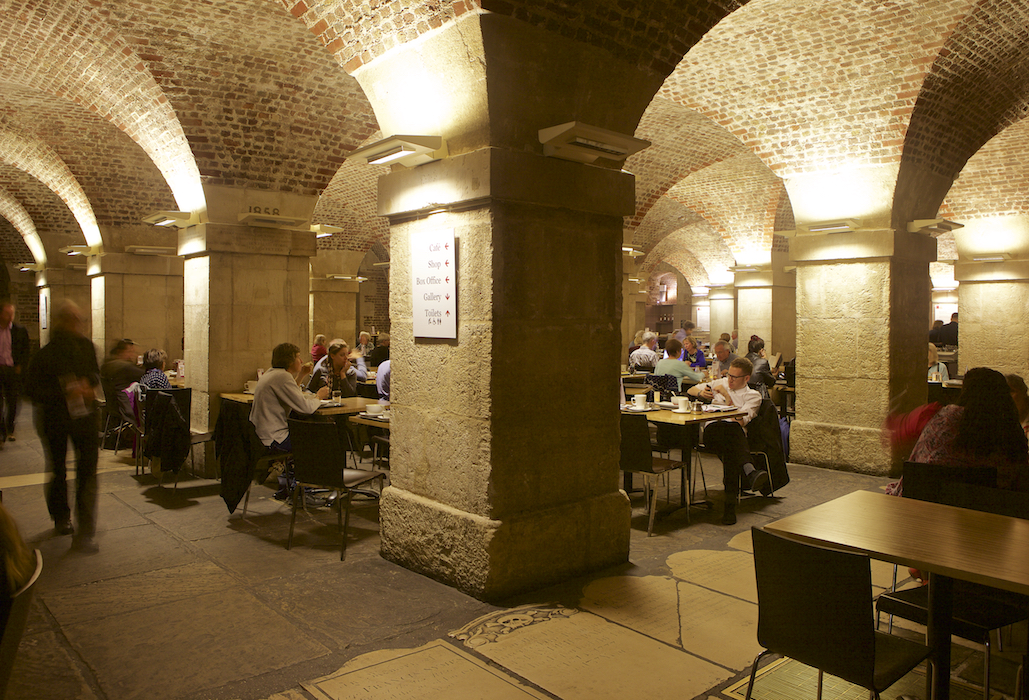 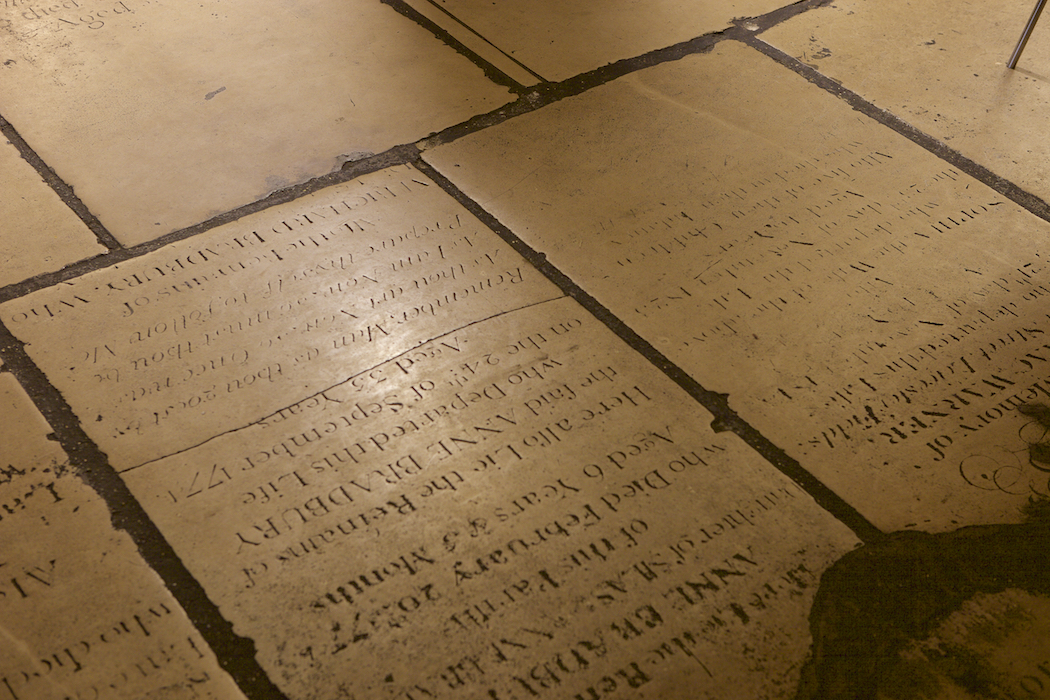 A church has existed on the site since medieval times, but Henry VIII rebuilt it in the sixteenth century in order to stop annoying peasanty funerals passing through his Palace of Whitehall. Opposite the church would have been stocks, a whipping post and a small prison for the disorderly public. 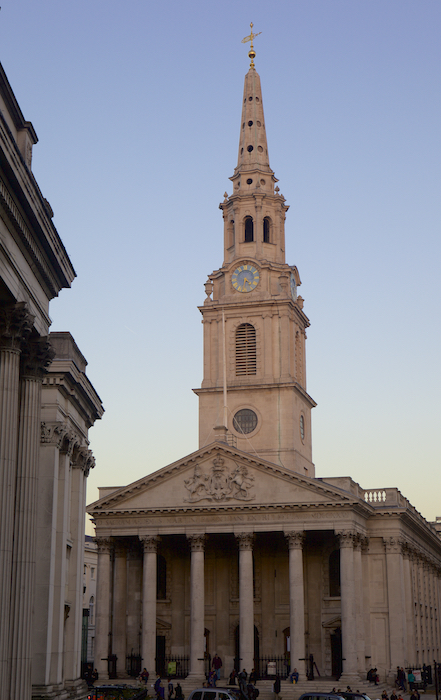 The present church was built in the 1720s. Its burial ground (where the National Gallery stands now) is said to have held 70,000 bodies in an area about the size of a bowling green, with many thousands more in the crypts. By the Victorian period London was in desperate need of burial space, and in 1859 St. Martin started clearing out its crypts.

Bill Bryson (in his book At Home) describes how the naturalist Frank Buckland heard about the clear out and decided to try and find the scientist/surgeon John Hunter’s coffin so that it could be reinterred at Westminster Abbey. Buckland left an account describing the scenes inside the crypt – holding a lantern to a vault to find ‘thousands upon thousands of jumbled and broken coffins, crammed everywhere, as if deposited by a tsunami’.

It took him sixteen days to find Hunter. Others buried there weren’t so lucky, including scientist Robert Boyle and the eighteenth-century highwayman Jack Sheppard, who were among the coffins taken off to unmarked graves in other cemeteries. The location of their remains is still unknown. 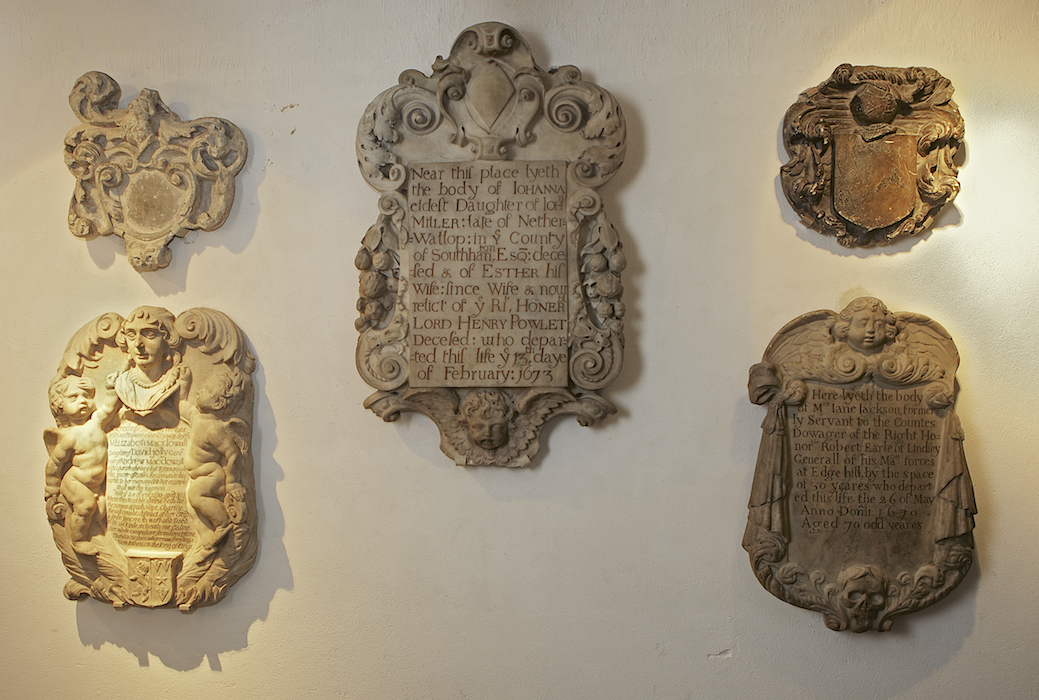 A gallery of gravestones in the crypt café © Simon Montgomery

Churches made most of their money from burials, and they weren’t keen to give that up. Bryson mentions how the bodies, placed in shallow graves, were sometimes dug up by animals or spontaneously resurfaced from below the ground. Moving cemeteries out into the countryside became a solution to the Carrie-style consequences of over-filled churchyards.

Today the tsunami of bodies are thankfully not on show in the café (sales of apple crumble might take a hit). With only a little natural light coming in from the high windows revealing busy London feet, it’s atmospherically lit from the pillars onto the vaulted ceiling. 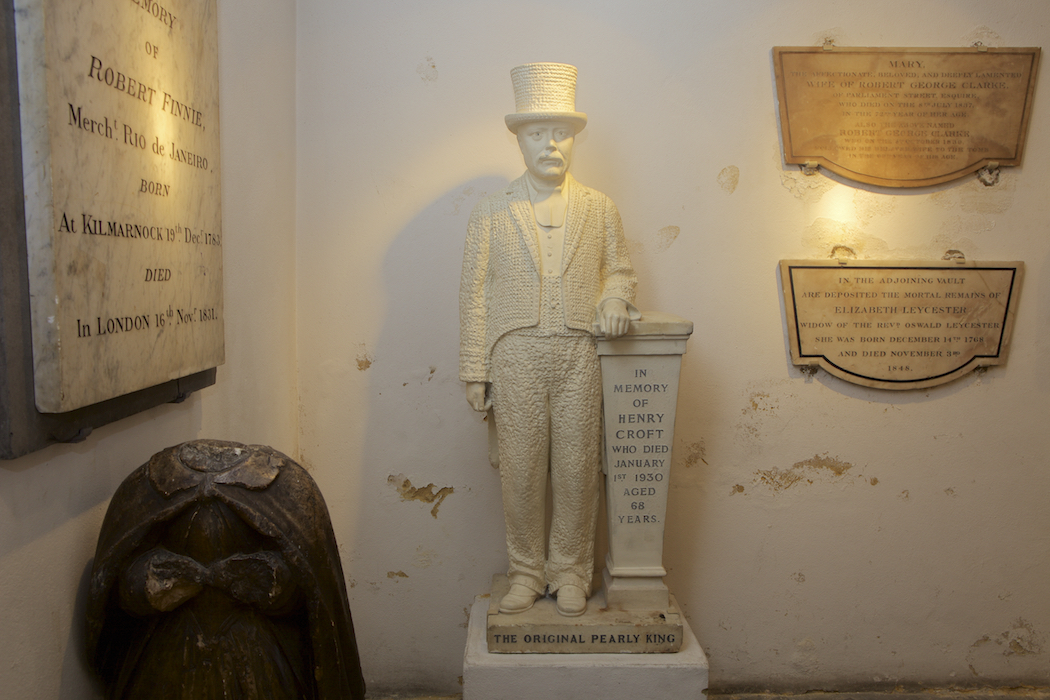 Henry Croft, the first Pearly King (and somebody else without a head to the left) © Simon Montgomery 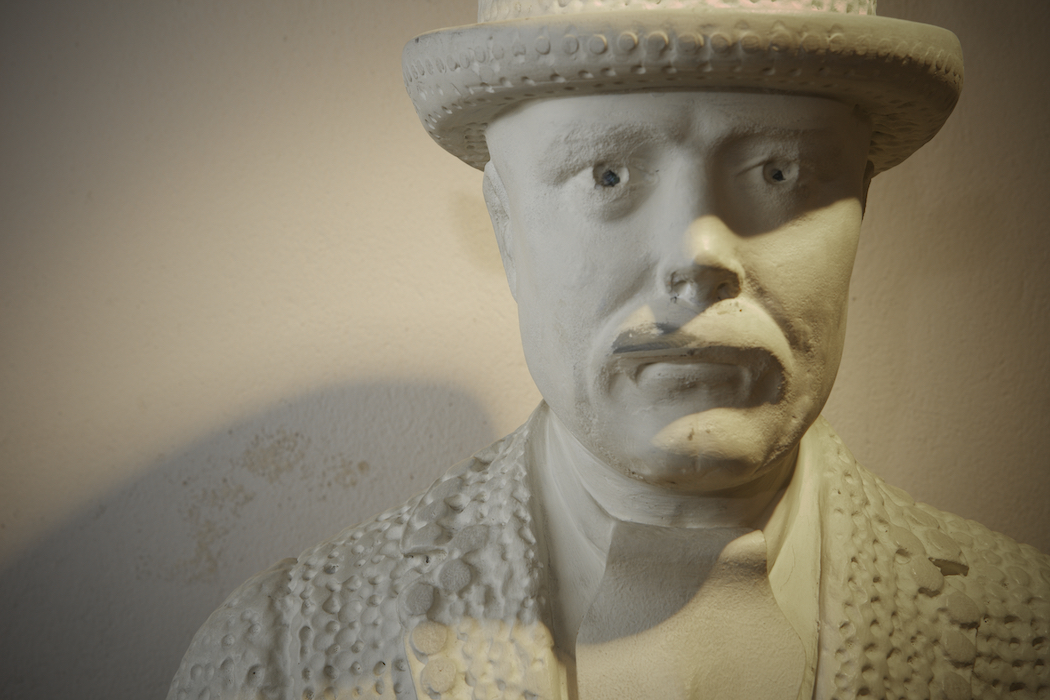 Inside you’ll find a five-foot, life-sized marble statute of London’s first Pearly King, Henry Croft, moved there from St. Pancras Cemetery in 2002. Croft was a street sweeper who collected money for charity, wearing a suit covered in mother of pearls (produced at factories in East London) to help with fundraising. He died in 1930, but today the tradition continues with the Original London Pearly Kings and Queens Association, who raise money for London-based charities. 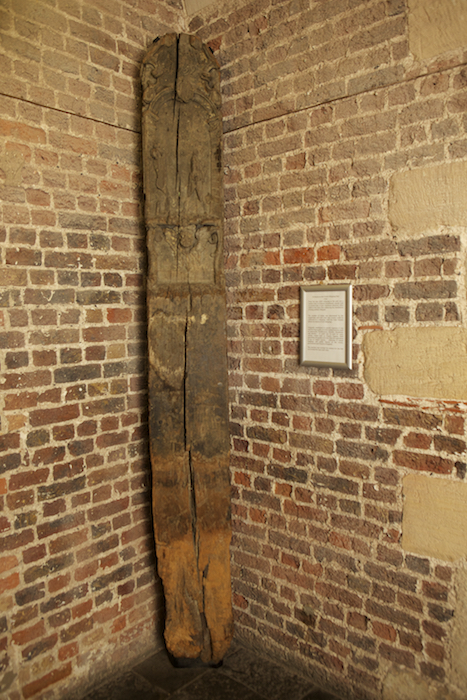 There’s also a whipping post dating from 1752. Henry VIII passed the Whipping Act in 1530: vagrants should be ‘tied to the end of a cart naked, and beaten with whips… till his body be bloody’. Whipping posts were used instead of carts under Elizabeth I, and victims only had to strip from the middle upwards. This public punishment was still occasionally used in the eighteenth century for drunkenness, blasphemy and slander, as well as petty theft and bigamy. It was finally discontinued in 1791 for women and 1837 for men.

Next to the crypt and gift shop is London’s Brass Rubbing Centre. There’s live jazz in the café on Wednesday nights. Opening hours are:

You can enter the café down a flight of stairs from the entrance of the church, or through a separate modern entrance to the left of the church. 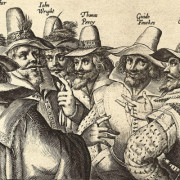 The Plague Pits of London
1 reply