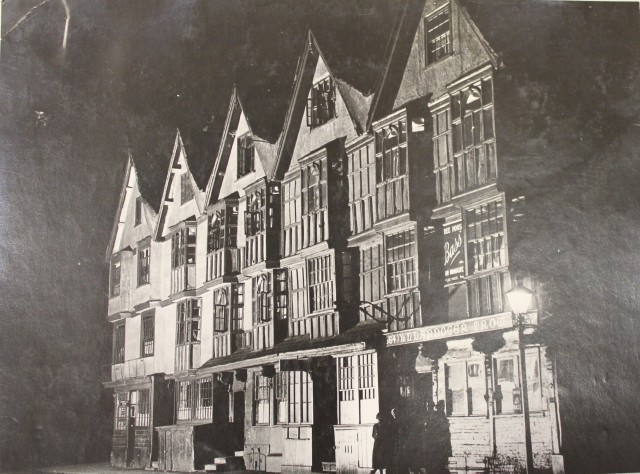 Bristol’s haunted pubs include The Llandoger Trow, the Rummer and The White Hart Inn…

The Llandoger Trow in King Street was built in 1664 and is said to have at least fifteen ghosts wandering around the place (according to Most Haunted). The most famous of these is a young boy with a limp, distinguishable by the sound of his foot dragging along as he moves up and down the staircase. He’s also apparently been spotted in the yard outside where he used to fetch water. The pub’s cellar, snug and Jacobean Room are all thought to be haunted hot (or cold…) spots.

The cellars of the Rummer in All Saints’ Lane date back to the medieval period, and over the centuries the site has reputedly had its fair share of ghostly apparitions. They include an Elizabethan child in a white nightdress who died of pneumonia while she was staying at the inn and an eighteenth-century slave with long dark hair.

The White Hart can be found just around the corner from Bristol Bus Station, right next to the graveyard of the twelfth-century St. James’ Priory. Here an eighteenth-century bar worker who slept in the pub claimed to see the ghost of a man murdered by his brother, and there have also reportedly been some strange things occurring in the cellar (ghostly things…).